At the meeting various issues were discussed and it was agreed that the club is going forward with new members joining all the time. The AGM minutes will be issued shortly.

Member of The Year

Paul won the Member of The Year. This award was well deserved as he has invigorated the club during 2012 with his drive and enthusiasm. Well done Paul. 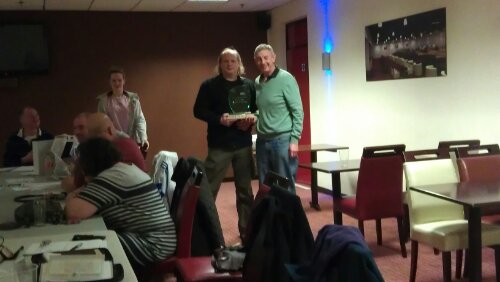 Diver of The Year

The Diver of The Year award went to Rob for his bravery at St Abbs last year, for continuing diving and his training and for being the brains behind this website. Well done Rob.